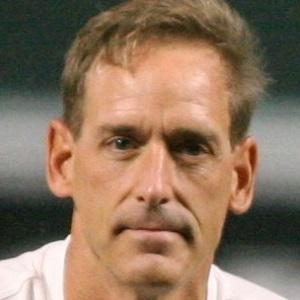 Former MLB player for the Brewers, Orioles and Braves throughout his 18-year career; selected to his only All-Star game in 1999 with the Orioles.

He hit an infamous home run for Rye High School in Westchester, New York. After sailing out of the park, the ball bounced off a firehouse and killed a small squirrel.

He played every position except for pitcher in his MLB career.

His father Dick Surhoff played in the NBA for 2 years in the 1950s.

From 1996 to 2000 he played on the Baltimore Orioles with Hall of Famer Cal Ripken Jr.

BJ Surhoff Is A Member Of