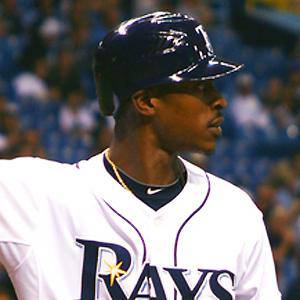 Formerly known as BJ Upton and nicknamed "Bossman Junior," he is an MLB center fielder who signed with the Atlanta Braves in 2012 after playing his first 8 seasons with the Tampa Bay Rays.

He competed with the USA Junior Team at age 16.

He hit four home runs and recorded eleven RBI's during the 2008 ALCS, helping Tampa Bay advance to the World Series where they were defeated by the Philadelphia Phillies in 5 games.

He teamed up with his brother Justin Upton on the Atlanta Braves in 2012.

He became teammates with All-Star pitcher Tim Hudson on the Braves in 2012.

Melvin Upton Jr. Is A Member Of