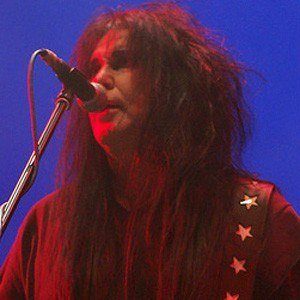 Musician and songwriter who was the bassist and rhythm guitarist for the Los Angeles heavy metal band W.A.S.P.

A childhood interest in the occult led him working with bands like Black Rabbit and the legendary New York Dolls, replacing the departed Johnny Thunder at just eighteen years of age.

After six months with the Dolls, he went to Los Angeles, forming a band called Sister, Sister, which pioneered glam rock with face makeup, and also experimenting with occult symbolism.

Tipper Gore singled out Lawless' band W.A.S.P. as an example of the type of music that should be regulated and kept away from children.

Blackie Lawless Is A Member Of