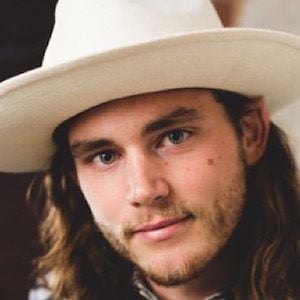 Singer known for his appearance on the reality competition TV series The Voice. He appeared on Season 9 of the show, which aired during the fall of 2015. He was eliminated as a final Top 24 member.

He originally had focused upon pursuing a professional baseball career, before injuring his knee. He then turned to music, full-time.

He began an alternative rock band with his brother, Brady, called Treeside. They released their debut EP Thirteen on July 9th, 2013.

He and his younger brother, Brady, began playing together when they were 21 and 18 years of age, respectively. He was born and raised in Fort Worth, Texas.

He was the final member of judge Blake Shelton's team on The Voice: Season 9.

Blaine Mitchell Is A Member Of