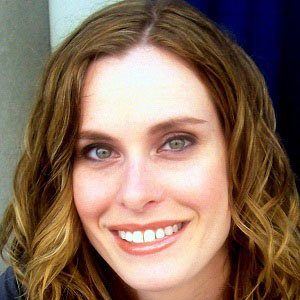 TV Show Host, stand up comic, writer, producer, director, and geek icon known for her work on G4's Attack of the Show!

Her time as a writer and sketch actress on G4's X-Play paved the way for her to take over Attack of the Show! where she was the host of a segment called "Fresh Ink"; reviewing brand new comic books.

Behind the scenes, she works as an editorial producer on the hit "talk back show" Talking Dead with Chris Hardwick, where celebrities break down the latest episodes of The Walking Dead.

Her father, Robert Butler, is a film critic for the Kansas City Star.

Her work on Attack of the Show! had her writing sketches for host, actress Olivia Munn, including "Wonder Woman" and "The Lesbionic Woman."

Blair Butler Is A Member Of