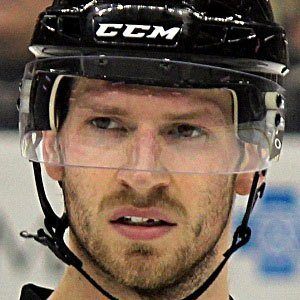 NHL right winger who was drafted 47th overall by the New York Islanders in 2004 and had his breakout year with the team in 2010-11, when he tallied 46 points in 77 games. He signed with the Colorado Avalanche in 2015 after spending a year with the Pittsburgh Penguins.

He was a member of the WHL's Kelowna Rockets for four years. He then played with the AHL's Bridgeport Sound Tigers before making his NHL debut during the 2006-07 season.

He helped Team Canada finish in first at the 2006 World Junior Championships.

He was born in Meadow Lake, Saskatchewan, Canada.

He played alongside left winger RJ Umberger on the Columbus Blue Jackets from 2012 to 2014.

Blake Comeau Is A Member Of