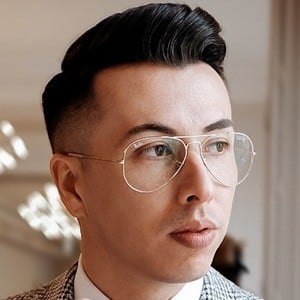 Menswear and lifestyle blogger and influencer behind The Scott Effect. He's been featured in major media outlets including GQ Magazine, BuzzFeed, and the L.A. Times.

He originally started blogging about cafes and restaurants after he was convinced to start a blog by his girlfriend.

He landed his big break when he was sought out by a promoter from a small clothing company on Instagram.

He's originally from Whittier, California. He dropped out of his mater's program to pursue his fashion career.

He and Jordan Bunker are both menswear and lifestyle bloggers.

Blake Scott Is A Member Of