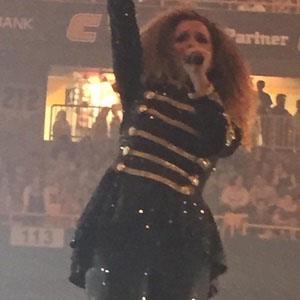 Vocalist who was a member of the Christian hip hop band, Group 1 Crew.

She and her band had their first mainstream success with "Can't Go On," their 2007 single.

Her struggle with her father's death was chronicled in a song on Fearless, the band's 2012 album.

She married Group 1 Crew drummer Benjamin Callahan in 2010. They welcomed a son named London in 2013.

Her group's hit single, "Forgive Me," appeared on an episode of One Tree Hill, which starred Chad Michael Murray.

Blanca Reyes Callahan Is A Member Of