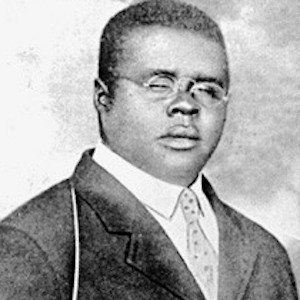 Blues singer and guitarist who has often been referred to as the Father of Texas Blues. He is remembered for his high-pitched singing and virtuoso guitar playing on songs like "Matchbox Blues" and "See That My Grave Is Kept Clean."

He was born blind and worked as a street musician in East Texas as a teenager.

The 2006 Christina Ricci film Black Snake Moan is named after one of his songs.

He was one of eight children born to Clarissa and Alex Jefferson.

His hit song "See That My Grave Is Kept Clean" has been covered by a wide variety of artists, including fellow blues legend B.B. King.

Blind Lemon Jefferson Is A Member Of