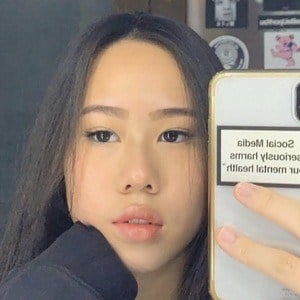 TikTok personality and variety content creator who is recognized for posting videos on her former self-titled account. She garnered more than 360,000 fans on the platform.

One of her oldest archived TikToks was a video of a dog scaring off a cat.

She posted a video from a The 1975 concert. She joined Twitter in 2014. However, she stopped posting later in that year.

She made a TikTok featuring a clip from Britney Spears' "Oops!... I Did It Again" video.

Blurluke Is A Member Of