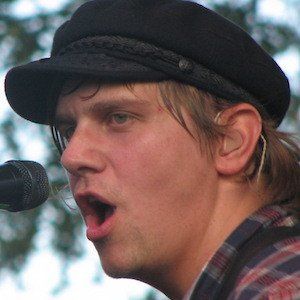 Guitarist, banjo player and mandolin player most famous for being a member of the popular Christian rock act Needtobreathe. He and the band have released a number of chart-topping albums and taken home a slew of Dove Awards, including awards for Group of the Year, Album of the Year and Song of the Year.

He got his start performing songs with his brother outside of coffee shops at Furman University. The band's first album, the independently-released The Feature, was recorded in 2001.

He and his brother, Bear Rinehart, have famously feuded on and off-stage, getting into physical altercations so severe that they required hospitalization.

He married Lindsey Rinehart in 2011; they have sons named Eland and Nathaniel Foster. His father was a preacher.

He and his band have taken acts like Will Hoge on tour with them.

Bo Rinehart Is A Member Of