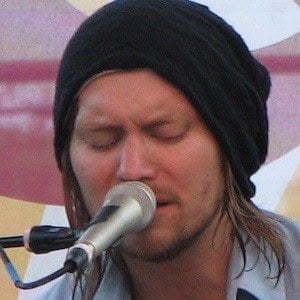 Rock vocalist best known as the co-founder and lead singer of the Christian rock band Needtobreathe.

His father was an Assemblies of God pastor when he was growing up and the whole family played music during the service. He and his brother began playing in a band together in their early teens.

He was a wide receiver on Furman University's football team.

His brother Bo is the other co-founder of Needtobreathe, but the two have had a complicated relationship. He also has a sister. He married Mary Reames.

Bear Rinehart Is A Member Of