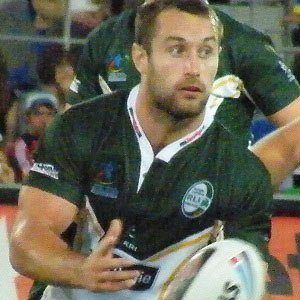 Representative of the Ireland international rugby club who was named to the 2006 National League One Dream Team.

He made his debut as a club member of Wigan and later had his best years playing for Widnes.

He prefers to play the hooker position but has experience at loose forward and second row as well.

He was born in Wigan, Greater Manchester, England.

He played the hooker position for Ireland like Keith Wood.

Bob Beswick Is A Member Of