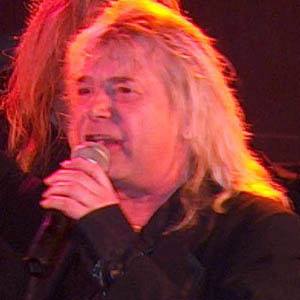 British musician who gained famed while performing in the rock band Magnum. During his time with the band they released 1985's On A Storyteller's Night.

He played in several small bands.

He performed as a solo artist from 1998 to 2008 and played in bands like Avantasia, Hard Rain, and joined the Magnum reunion in 2001.

He was not public about his family life.

His album Middle Earth was inspired by J.R.R. Tolkien's book The Lord of the Rings.

Bob Catley Is A Member Of