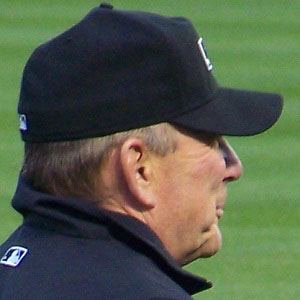 Major League Baseball umpire who has umpired high-profile series like the 1992 World Series and games like the 2014 MLB All-Star Games. He is known as "Balkin' Bob" by some MLB fans for his propensity for calling balks during games.

He was born in Chicago and was a college baseball player at the University of Minnesota-Duluth.

In May 2012, he was suspended following a heated confrontation with Philadelphia Phillies manager Charlie Manuel.

He has daughters named Andrea and Amber.

He and Jerry Meals are both well-known umpires in Major League Baseball.

Bob Davidson Is A Member Of