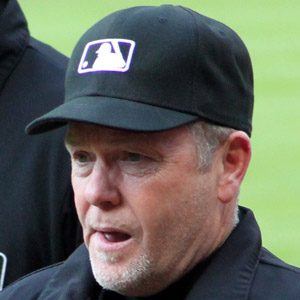 MLB umpire who began umpiring in the major leagues in 1998. He has worked a number of division series playoff games as well as the 2002 All-Star Game.

He was a second baseman at Salem High School and later attended Joe Brinkman Umpire School.

He has umpired many notable MLB games, such as Justin Varlander's second no-hitter and a 19-inning game between the Pirates and Braves which turned out to be the longest game in Pirates history.

He married a woman named Robyn and has five children.

He was hit in the mask by a fastball from pitcher Kerry Wood during his first full season as an umpire.

Jerry Meals Is A Member Of