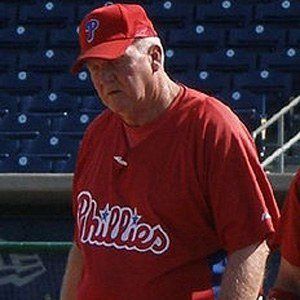 MLB coach who led the Philadelphia Phillies to a World Series title in 2008.

In the Japanese leagues as a player he was dubbed 'Aka-Oni' (The Red Devil) for his tough style.

After the World Series win he continued leading the Phillies to winning seasons, picking up a franchise record 646th career coaching win.

He is the son of Charles, Sr. and June Manuel.

He beat Gene Mauch's 30-year record of coaching victories with the Philadelphia Phillies.

Charlie Manuel Is A Member Of