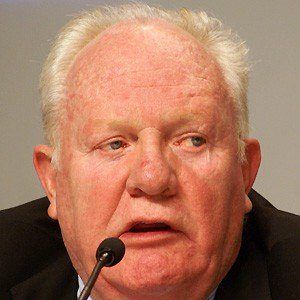 Chicago newspaper columnist who often wrote about his own family.

He graduated from Northwestern University in Evanston Illinois.

In 2002, he was forced to resign from the Chicago Tribune after admitting to having a sexual relationship with a high school student 14 years earlier.

He had two children named Amanda and Nick from his marriage to Susan Koebel.

He has written books on a variety of subjects, including Michael Jordan.

Bob Greene Is A Member Of