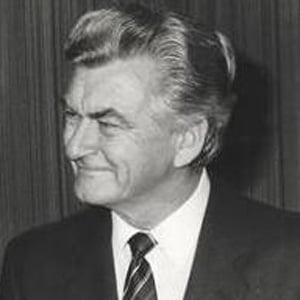 He held his first major office as a Member of the Australian Parliament for Wills from 1980 to 1992.

He married Blanche d'Alpuget in 1995 after a 39-year marriage to Hazel Masterson, which ended the same year. He and Hazel had four children together although one died in early infancy.

He was succeeded by Paul Keating as Prime Minister of Australia in 1991.

Bob Hawke Is A Member Of