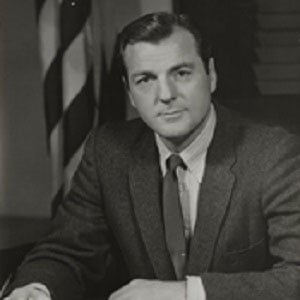 Famous as both an athlete and a politician, Mathias won gold medals in the decathlon events at the 1948 and 1952 Olympic Games and went on to serve during the late 1960s and early 1970s as an eighteenth-district California member of the United States House of Representatives.

He won his first Olympic gold when he was only seventeen years old and a recent graduate of California's Tulare Union High School.

An actor as well as a decathlete and congressman, he played a recurring role in the short-lived NBC series The Troubleshooters and also appeared in the film Minotaur: the Wild Beast of Crete.

His two-decade marriage to Melba Mathias ended in divorce in 1976, and he spent the last three decades of his life married to Gwendoyln Alexander. When he died of cancer in his seventies, he was survived by a son named Reiner and daughters named Megan, Alyse, Romel, and Marissa.

Bob Mathias Is A Member Of