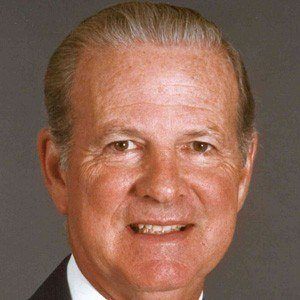 American politician who served as Chief of Staf for Presidents Ronald Reagan and George H. W. Bush as well as Secretary of State for the latter. He received the Presidential Medal of Freedom in 1991 for his years of dedicated civil service.

He considered himself apolitical, and was more focused on his law career, before getting involved in politics through his wife.

He was Secretary of the Treasury during Ronald Reagan's second term, and was the co-chairman of the Iraq Study Group, examining American policy in the region.

He met his future wife, Mary Stuart McHenry, on spring break in Bermuda; the two wed in 1953.

He served as the chief legal advisor to George W. Bush during the election recounts of 2000.

James Baker Is A Member Of