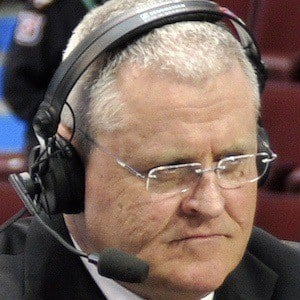 Sportscaster known for his covering of ice hockey in Canada for The Sports Network. He joined the network in 1986.

He served as Editor-in-Chief of The Hockey News for 9 years. He also served as a hockey columnist for The Toronto Star for six years prior to his signing with TSN.

He has provided analysis for NHL on TSN broadcasts. He has also covered various international hockey events, such as the 2010 Olympics. In October 2014, he began appearing regularly as a contributing analyst on the NBC Sports Network. He surpassed 1 million Twitter followers in May 2015.

He covered the Ice Hockey portions of the 2010 Olympic games. The Canadian team won the Gold medal, and were captained by star center Jonathan Toews.

Bob McKenzie Is A Member Of