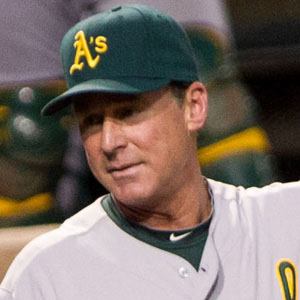 Former catcher turned manager who won his first AL Manager of the Year honors with the Oakland Athletics in 2012.

He played for the Giants, Tigers, Orioles, Royals, Yankees, Red Sox, and White Sox during his 9-season MLB career.

He earned NL Manager of the Year honors while leading the Arizona Diamondbacks in 2007.

He has a daughter named Alexi with wife Kelley Melvin.

He managed Randy Johnson on the Arizona Diamondbacks from 2007 to 2008.

Bob Melvin Is A Member Of