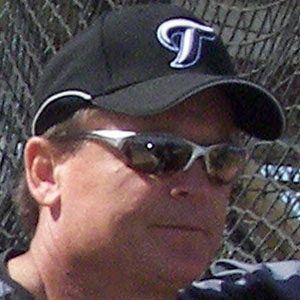 Baseball manager known for his two separate stints as the manager of the Toronto Blue Jays. As a player, he won the 1986 World Series as a catcher with the New York Mets.

He played at Douglas MacArthur High School and was drafted by the Mets in the 1980 Amateur Draft.

He has famously feuded with a number of his players, even exchanging shoves with Blue Jays pitcher Ted Lilly in 2006.

He married a woman named Julie, with whom he has three children.

He was named to AL All-Star staff in 2013 by then-Detroit Tigers manager Jim Leyland.

John Gibbons Is A Member Of