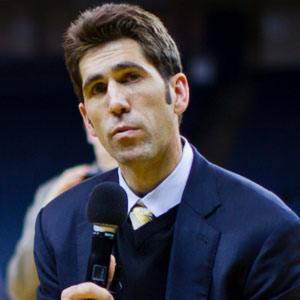 Sports executive who became the general manager of the Golden State Warriors in 2012, helping construct a team that would capture the 2015 NBA Championship. He was also named NBA Basketball Executive of the Year in 2015.

He played forward for the UCLA Bruins and helped the team win the 1995 NCAA championship.

He was born in Danville, California. He and his wife Kristen have two daughters named Kayla and Annabelle.

He hired Steve Kerr prior to the 2014-15 NBA season and Kerr delivered a championship in his first year with the team.

Bob Myers Is A Member Of