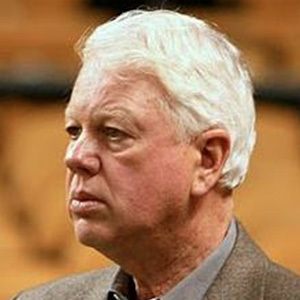 Journalist who gained fame for his career writing for The Boston Globes as their foremost sports reporter. He was named the National Sportscasters and Sportswriters Association's national sportswriter of th year for his 4th time in 2009, and was the AP's 2000 sportswriter of the year.

He earned his degree in history from Boston College in 1968. He first joined the Boston Globe's Celtics beat in 1969.

He has been a frequent panelist on the ESPN shows Around the Horn and Pardon the Interruption. He launched his Bob Ryan Podcast in 2017 following his 2012 retirement from sportswriting.

His wife's name is Elaine. His son Keith passed away in 2008. He has one daughter named Jessica.

He worked alongside Dan Shaughnessy at The Boston Globe while covering the NBA's Boston Celtics.

Bob Ryan Is A Member Of