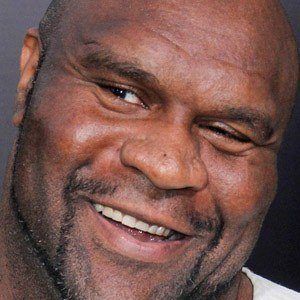 Versatile athlete who formerly played in the NFL, then became a professional wrestler, kickboxer, and MMA figther, popular figure in Japanese pop culture.

He attended the University of Washington on a football scholarship and was originally drafted by the Chicago Bears.

He was featured in an episode of Real Sports with Bryant Gumbel in July, 2004.

His father was an African immigrant to Japan.

Bob Sapp Is A Member Of