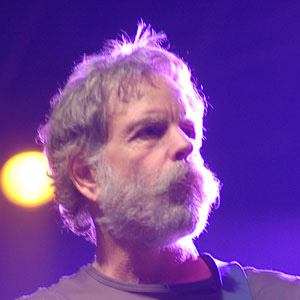 Singer-songwriter who was a founding member of the jam rock band The Grateful Dead. He also played with The Other Ones, the group later known as The Dead. He has released over 20 albums, either with various bands or his own solo projects.

He was expelled from nearly every school he attended due to his academic trouble having to do with his dyslexia.

He and his fellow bandmates named the band Mother McCree's Uptown Jug Champions originally; the Grateful Dead also went by the name The Warlocks. He has gained over 400,000 followers on Instagram as a result of his musical fame.

He married Natascha Muenter on July 15, 1999 and they had two children together.

Mickey Hart was a member of his band, Grateful Dead, for two decades.

Bob Weir Is A Member Of