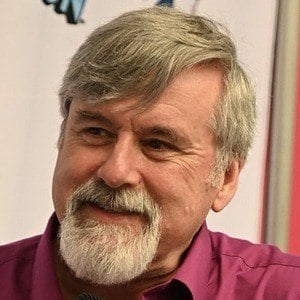 Famous for voicing the title character in the popular PBS children's series Barney & Friends, he is also known for his voice acting work for the Chuck E. Cheese franchise (as the puppet characters Pasqually and Jasper T. Jowls), as well as for his radio and television advertising work.

He first voiced Barney in a 1988 video short titled The Backyard Show.

His voiceover work is featured in the Universal Studios Florida show A Day in the Park with Barney.

Bob West Is A Member Of