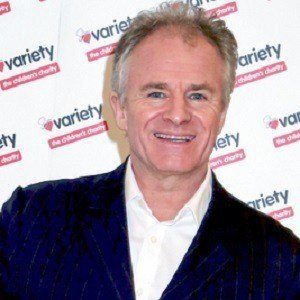 English comedian most famous for his impressions of popular British celebrities, including Mick Jagger, Ozzy Osbourne and Paul Daniels. He has starred on comedy shows like Bobby Davro on the Box, Copy Cats and Winner Takes All.

He was born in Middlesex, England and broke out in 1983 after appearing on Live from Her Majesty's.

He was partnered with Molly Moenkhoff on the ice skating reality show Dancing On Ice in 2010.

He married Trudi Jameson. His father Bill Nankeville was a runner who represented Great Britain in two Olympic Games.

He played the love interest of Linda Henry on the BBC soap opera EastEnders from 2007 to 2008.

Bobby Davro Is A Member Of