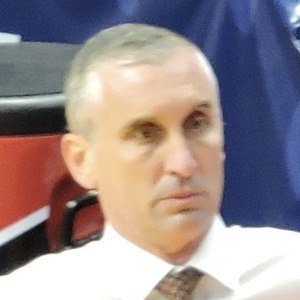 Duke legend who led the school to NCAA Championships in 1991 and 1992 and became the NCAA's all-time leader in assists with 1,076.

He was coached by his father at St. Anthony High School in Jersey City, New Jersey; the two would get into heated arguments and Bobby would have to walk home.

He made a cameo in the movie Blue Chips when he played for a team coached by Bobby Knight.

He grew up in a baseball family with his father and brother, who both became coaches.

His coach, Mike Krzyzewski, always spoke highly of his work ethic and commitment to the team.

Bobby Hurley Is A Member Of