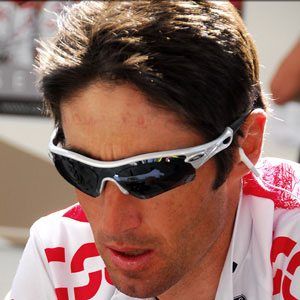 Professional cyclist who won a silver medal at the 2004 Olympic Individual Time Trial.

He was raised in Glenwood Springs Colorado.

His Olympic medal was upgraded from a bronze to a silver after Tyler Hamilton, the winner of the men's time trial at the 2004 Summer Olympics, confessed that he had used PED's, and gave back his gold medal.

He has two daughters with his wife Angela.

He joined the Motorola team in 1995 alongside fellow American Lance Armstrong.

Bobby Julich Is A Member Of