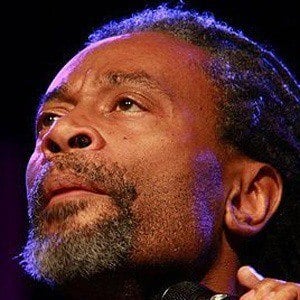 Vocalist and conductor whose song "Don't Worry Be Happy" was a hit in 1988.

He started off doing voice work commercially for the likes of Cadbury Chocolates and The Cosby Show.

He is a ten-time Grammy Award winner, including for Best Jazz Vocal Performance in 1992.

He married Debbie Green in 1975. He and Debbie have sons named Taylor and Jevon and a daughter named Madison.

In 1993, he recorded Henry Mancini's "Pink Panther" theme for the movie, Son of the Pink Panther.

Bobby McFerrin Is A Member Of