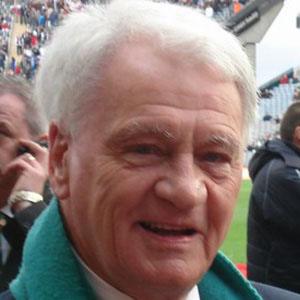 Involved with the game of soccer for a long time as both a footballer and manager, including making 20 appearances on the England national team as a player and later managing the national team from 1982-1990.

He made his professional debut playing for Fulham and soon after played for West Bromwich Albion as the club's top goalscorer in the 1957-1958 season.

He managed the famous FC Barcelona squad for only one season in 1996-1997.

He was a manager for the England national team that made the semi-final of the 1990 Fifa World Cup. Peter Shilton was a goalkeeper on the team.

Bobby Robson Is A Member Of