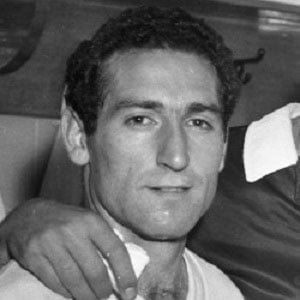 Spanish winger who became a Real Madrid legend after spending nearly 20 years with the club from 1953 to 1971, scoring 128 goals in 428 appearances while leading the team to 12 Spanish League titles. He was a member of the Spanish national team from 1955 to 1969.

He made his senior debut in the Primera Division with Racing Santander in 1952. He signed with Real Madrid a year later.

He spent 8 years as a manager after retirement, leading Castilla, Castellon, Palencia, and Granada.

He grew up in Guarnizo, Spain with younger brothers Julio and Antonio.

He and Raul Gonzalez became two of Real Madrid's all time caps leaders.

Francisco Gento Is A Member Of