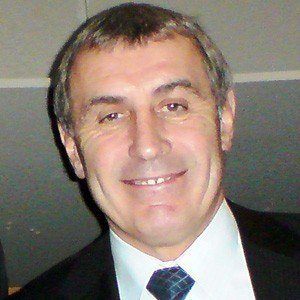 Legendary British goalkeeper who spent two decades with England's national team from 1970 to 1990; named PFA Players' Player of the Year in 1978 as a member of Nottingham Forest.

He made his professional debut with Leicester City in 1966.

He made over 1,000 appearances during his career and was one of the first inductees in the English Football Hall of Fame in 2002.

He raised two sons, Michael and Sam, with his wife Sue Shilton before they divorced.

He and Bobby Charlton became two of the first members of the English Football Hall of Fame.

Peter Shilton Is A Member Of