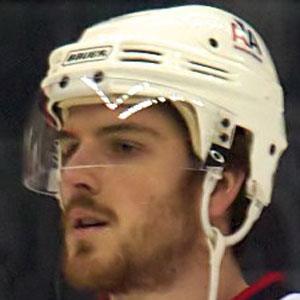 Defenceman from New Jersey best known to NHL fans for his years with teams like New York Rangers and Carolina Hurricanes. He had a very successful career in the American Hockey League, where he was a two-time All-Star.

He won the Tier 1 USA National Championship with his peewee team, the New Jersey Rockets.

He set a record in the Fastest Skater competition at the 2009-10 AHL All-Star Game.

His cousin, Rich, played baseball at the University of Nebraska.

He and Marc Staal are both former first-round picks of the New York Rangers.

Bobby Sanguinetti Is A Member Of