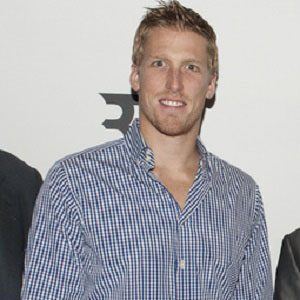 NHL defenseman who was drafted 12th overall by the New York Rangers in 2005. He was named alternate captain of the Rangers in 2010 and in 2014, he helped lead the Rangers to the Stanley Cup Finals.

He played internationally for Sweden and Canada at the World Junior Championships, winning the gold medal both times.

In 2013 he suffered a serious injury when a deflected puck struck him over his eye; he said in retrospect he should have been wearing a visor.

He was born in Thunder Bay, Ontario, and raised alongside three other brothers who became NHL players as well: , and Jared. He married Lindsay Ruggles in 2011.

He was joined by goaltender Henrik Lundqvist on the Rangers in 2007.

Marc Staal Is A Member Of