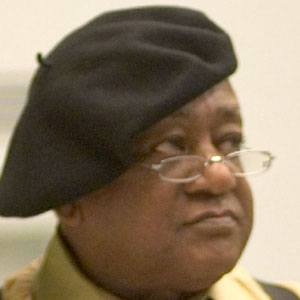 Militant leader who co-founded the Black Panther Party in 1966. He also notably made an unsuccessful bid to be the Mayor of Oakland in 1983.

He was one of the original "Chicago Eight" defendants charged with conspiracy and inciting to riot, in the wake of the 1968 Democratic National Convention, in Chicago but was later severed from the case.

He second wife was Leslie M. Johnson-Seale, and he has three sons.

He was a longtime partner and friend of civil rights leader Huey Newton .

Bobby Seale Is A Member Of