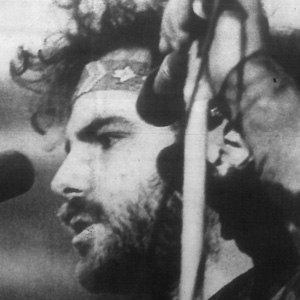 Counterculture leader during the 1960's and 70's who was most notably one of the Chicago Seven, which was the name given to the seven defendants charged with conspiracy to incite a riot during the 1968 Democratic National Convention.

He dropped out of Berkeley and worked as an activist on behalf of numerous social causes.

He co-organized the protest of the 1968 Democratic National Convention that grew into a riot, and did not temper his attitude one bit in the resulting trial; at one point showing up for a hearing in a judge's robes.

Orphaned as a young adult, he and his brother moved to Israel to work on a kibbutz.

Abbie Hoffman was the leader of the Chicago Seven, and co-founded with him the protest political group, Youth International Party.

Jerry Rubin Is A Member Of