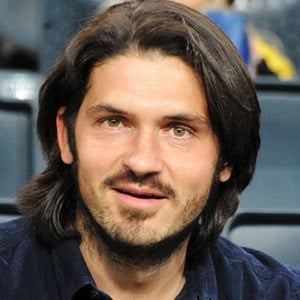 Former soccer player who competed as an attacking midfielder for clubs like AIK and Red Star Belgrade, both of whom he won titles with. Since his retirement from soccer, he has appeared as a pundit and commentator on Viasat Sport and MUTV.

He made his senior debut with Brommapojkarna in 1996.

He won the Manchester United Jimmy Murphy Young Player of the Year award in 2000.

He is the son of soccer manager and former player Ranko Dordic.

He played for manager Ian Holloway at Plymouth Argyle.

Bojan Djordjic Is A Member Of