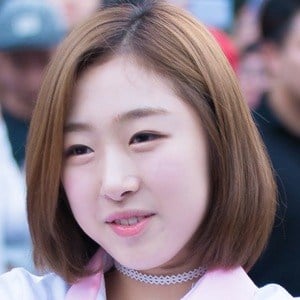 Korean pop singer and member of 13-member K-pop girl group Cosmic Girls (aka WJSN), which was formed by Starship Entertainment and Yuehua Entertainment. They became known for their first mini album Would You Like?

She was formerly a member of project group Y Teen.

Her girl group was originally separated into subgroups for each letter of WJSN and she was a member of the Sweet unit.

She was born Park Soobin in Seoul, South Korea.

She and the Cosmic Girls released a Christmas cover of Mariah Carey's song "All I Want For Christmas Is You."

Park Soobin Is A Member Of