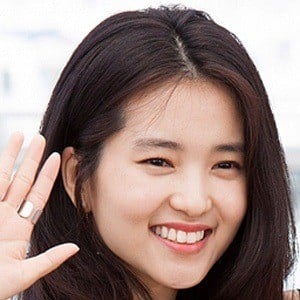 South Korean actress who became an international sensation with her lead role in the critically-acclaimed 2016 drama The Handmaiden. Her performance in the film earned her Best New Actress honors at the 25th Buil Film Awards and the Directors Cut Awards. She has amassed over 10 credits in her recent acting career.

She began her career as a model and appeared in several television commercials. She made her acting debut in the 2010 short film Citizen Zombie.

She beat out more than 1,500 actresses who auditioned for the role of Sook-hee in The Handmaiden. She has appeared in over 30 episodes of TV.

Her parents were supportive of her decision to pursue acting.

She was directed by Park Chan-wook in The Handmaiden.

Kim Tae-ri Is A Member Of