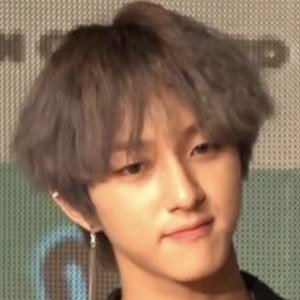 Vocalist who made his debut alongside ten other budding stars in the South Korean boyband Golden Child.

He attended Hanlim Multi Art School before making his K-pop debut. He had also studied abroad in the U.S.

Some of his other Golden Child members include Lee Jangjun and Son Youngtaek.

Bong Jaehyun Is A Member Of