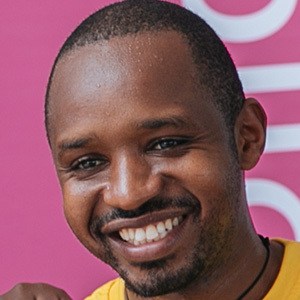 Photojournalist who has gained fame for his career in social-political activism in his home country of Kenya. He was named the CNN Africa Photojournalist of the Year in 2008 and 2010 for his images depicting the post-election violence in 2007-2008.

He earned a diploma in bible studies with the intent to become a church pastor. He first began gaining notoriety as a journalist when some of his photos were published in Kenya's The Standard.

He was named a Quartz Africa Innovator in 2015. He has also run the Picha Mtaani youth-focused initiative in his home country of Kenya.

He shares three children with his wife Hellen.

He helped guide John Kerry through a collection of art in central Nairobi, Kenya in 2015.

Boniface Mwangi Is A Member Of