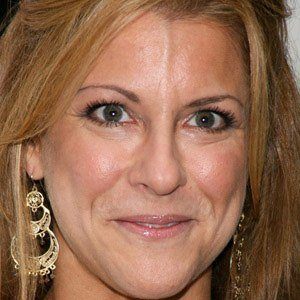 TV and radio sportscaster who became a host of New York Football Live alongside Greg Buttle.

She worked as a news and sports director at WXJN-FM radio.

She became a sideline reporter for CBS Sports in 1998.

She studied broadcast journalism at the University of Maryland.

Bonnie Bernstein Is A Member Of