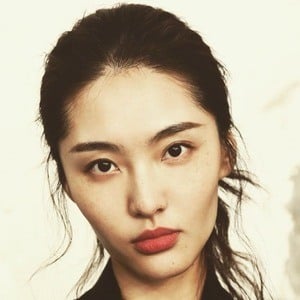 Chinese model who has graced the pages of magazines like Vogue and V. She has walked in fashion shows around the world for a number of high-profile designers, including Elie Saab, Christian Dior and Vivienne Tam.

She originally signed with Next Models in 2009.

She was named as one of the faces of the Benetton clothing brand in 2010.

She has dated actor Rock Ji.

She walked the runway for Erin Fetherston in 2010.

Bonnie Chen Is A Member Of