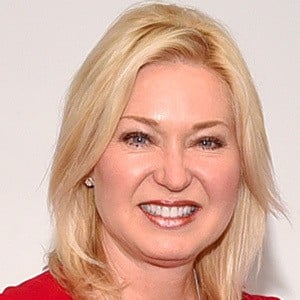 Canadian politician who is best recognized for having served as the Mayor of Mississauga, Ontario. She is known for her association with the Libertarian party and also served as the Mississauga City Councillor.

She attended the University of Toronto and later earned her MBA from the Schulish School of Business at York University. She was an entrepreneur and public affairs consultant who worked with the Insurance Board of Canada, McDonalds, and other clients before she entered the world of politics.

She is known for having been an ambassador who helped bring CBS Film and Television Studios to Mississauga.

She was born and raised in Toronto, Canada to a Polish father and Ukrainian mother who separated when she was just three.

She was proceeded by Hazel McCallion as the Mayor of Mississauga.

Bonnie Crombie Is A Member Of