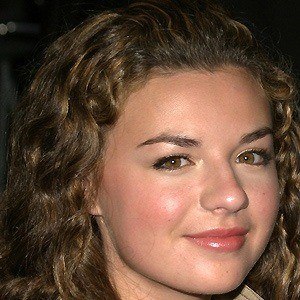 Actress who starred as Emily Yokas on the TV drama series Third Watch.

She made her debut in 2001 in the TV series The Education of Max Bickford.

She played Susan "Daisy" Lemay on the popular soap opera Guiding Light from 2007 to 2009.

She was born in New York, New York.

She appeared with Kelly McGillis in the 2010 film Stake Land.

Bonnie Dennison Is A Member Of