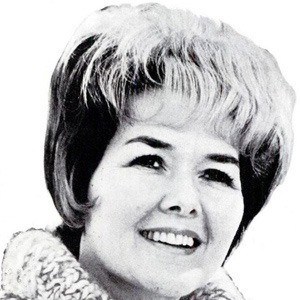 American singer who released the 1957 hit single "Dark Moon." She is considered one of the first female crossover artists in the country and pop genres.

She started playing guitar and writing songs when she was a teenager and worked as a session guitarist for small record labels.

She co-founded the record company Dolton Records in the 1950s.

She was married to Mario DiPiano until his death in 1983.

She played guitar sessions early in her career with Jim Reeves.

Bonnie Guitar Is A Member Of